We've been on mental health leave for a while. We weren't feeling well. I was deeply depressed, and Tonic was suffering from annoyingness.

I was actually really bad. I kept saying I should be committed to a mental hospital, but female human has a problem understanding my cry for attention lately.

I felt like the darkness eats me inside. Please shut up, Tonic, I have to say my story. People need to know depression is real when you don't get as much food as usual. IT'S REAL, OK? You get mental health problems when you eat less than you were used to.

And what is this nonsense she's talking about waiting for the good weather to go outside in the big forest? She lost her mind during the winter. The female human. Lost it completely. She' cruaaaazeaaaaay. She keeps saying it's cold.

Cat damn it! She's mental. Because of her, I am some sort of Schizophrenic or something like that. When you are sad because you don't get whatever you want. That's schizophrenia, right? Anyway...I'm bored, bye.

Can I speak now? Can I also say something now??? No one is mental nor schizophrenic. Obviously, you have no clue what schizophrenia is. It's when you are sad because you don't get your tummy rubbed all the time. That's when it gets triggered—you silly ginger ball of fur.

Yes, we were gone for a while because we were simply too busy. I had to strategize my battle plan. I am the king of the house now. It took a lot of fighting and other manipulative techniques, but now it's mine.

Who cares if female human won't let us outside? As long as she cuddles me to sleep, I am fine with anything.

And you don't get that much food anymore because you're a fat fluff. That's why. Cats live longer if they are athletic. Ignorant!

Welcome to Tales with Gin and Tonic - the cats. 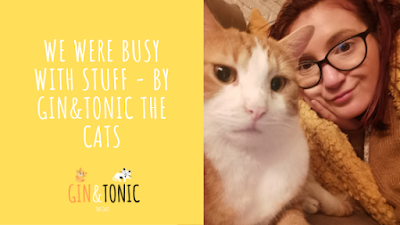 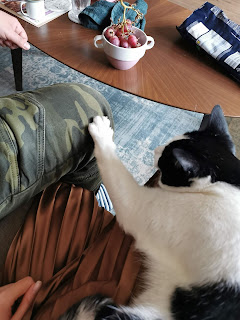 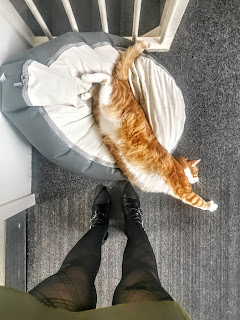 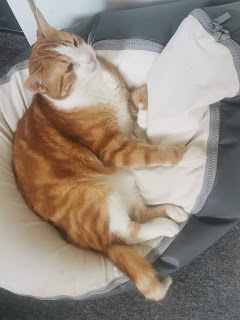 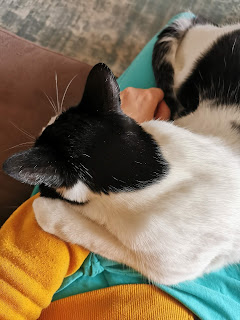 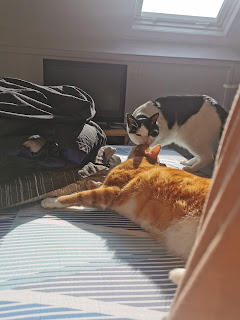 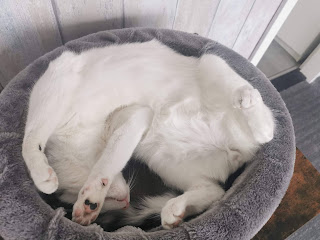 Labels: Gin and Tonic together 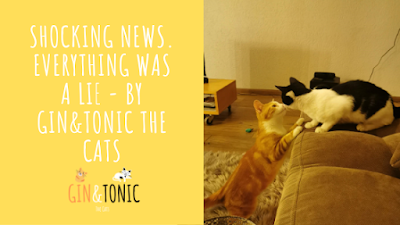